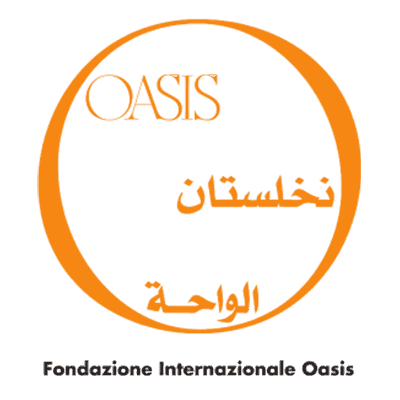 Oasis was founded in Venice in 2004 under the leadership of Cardinal Angelo Scola, with the aim of encouraging mutual understanding and encounter between the Western world and the Muslim majority world.

The foundation studies the interaction between Christians and Muslims and the manner in which they understand their respective faiths, in particular through the lens of Eastern Christian communities. Since the historical process of cultural mixing is unprecedented, it needs to be oriented towards the common good at individual and community levels.

According to Oasis, interreligious dialogue involves intercultural dialogue, because religious experience is always lived and expressed through the medium of one’s culture. This occurs not merely at a theological and spiritual level, but also at a political, economic, and social level. The foundation’s strength lies in the wide network of individuals who cooperate to ensure the success of the project.

The research activity of Oasis takes place in various ways:

1. A journal (hardcopy and digital edition), which is also entitled Oasis. It is published twice a year in four editions: Italian, English, French, and Arabic. The journal is the main analysis instrument of the foundation.

2. A website and fortnightly newsletter, in Italian, English, and French, which publishes papers, testimonies, interviews, and videos on the most topical subjects.

3. Research projects, characterized by a multidisciplinary approach. The latest project is entitled Understanding Hybridization, Governing Change, and it is to result in the publication of six e-books on fundamentalism, secularization, media and communication, freedom of religion, interreligious dialogue and the idea of Europe and the Muslim world. The first e-book La galassia fondamentalista. Tra jihad armato e partecipazione politica (The Fundamentalist Constellation. Between Armed Jihad and Political Participation) was published in October 2015.

4. Events. Oasis promotes cultural events in Italy, Europe, and the Middle East. In particular, Oasis has presented at UNESCO (Paris, 2005), Al-Azhar University (Cairo, 2006), the United Nations headquarters (New York, 2007), Saint Joseph University (Beirut, 2012), the House of Lords (London, 2012), Istanbul (2014), and Tehran and Beirut (2015). The meetings of the International Scientific Board in Venice, Cairo, and other cities were also of particular importance.