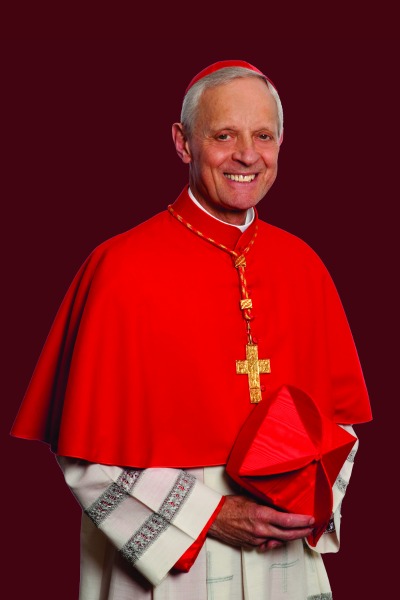 Cardinal Donald Wuerl is the Archbishop of Washington and was elevated to the College of Cardinals in 2010 by Pope Benedict XVI. He participated in the March 2013 conclave that elected Pope Francis.

He serves on numerous national and international bodies including the Vatican Congregations for the Doctrine of the Faith, for Bishops, for Clergy, and several others.

Cardinal Wuerl is known for his teaching ministry and is involved in many education, health care and social service organizations. He has written extensively on religious freedom and the persecution of Christians and he is the author of numerous publications on the topic, including the book To the Martyrs.

The Cardinal was born in Pittsburgh, Pennsylvania, and received graduate degrees from The Catholic University of America, the Gregorian University in Rome and a doctorate in theology from the University of Saint Thomas in Rome. He was ordained a bishop by Pope John Paul II on January 6, 1986, in Saint Peter’s Basilica, Rome. He served as Auxiliary Bishop in Seattle until 1987 and then as Bishop of Pittsburgh for 18 years until his appointment to Washington. His titular church in Rome is Saint Peter in Chains.