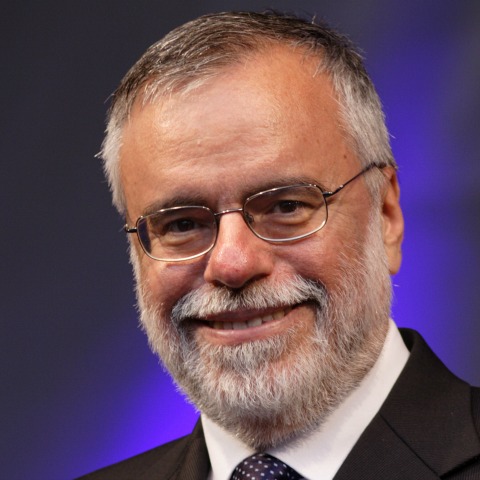 Andrea Riccardi is a professor of Contemporary History at La Terza University in Rome. An expert in contemporary humanistic thought, he is an authoritative voice in the international scene. Numerous universities have granted him honorary degrees in recognition of his historical and cultural merits, including the Catholic University of Leuven (Belgium), CEU Cardinal Herrera University (Spain), Georgetown University (United States), the University of Augsburg (Germany), and Jean Moulin University Lyon 3 (France).

Riccardi is also known internationally as the founder of the Community of Sant'Egidio in 1968. In addition to its social commitment and many development projects in the southern hemisphere, Sant'Egidio is known for its commitment to favouring peace and dialogue. Riccardi has played a role in mediating various conflicts and fostering peace in several countries, such as Mozambique, Guatemala and the Ivory Coast. In 2003, TIME magazine included him in their list of 36 "modern heroes" of Europe, individuals that stand out because of their professional courage and humanitarian commitment.

Appointed professor in 1981, Riccardi has taught at the University of Bari and La Sapienza University in Rome. He is a well-known scholar of religion, with a particular focus on the Catholic Church in modern times. His recent publications include Il secolo del martirio. I cristiani nel Novecento (The Century of Martyrdom. Christians in the 20th Century, 2000), Governo carismatico (Charismatic Government, 2003), Convivere (Living Together, 2006), Il "Partito romano" (The "Roman Party," 2007).

In 2004, he was given the International Balzan Prize for Humanity, Peace, and Brotherhood among Peoples "for his commitment in reviving peaceful coexistence among different ethnic groups and promoting humanitarian action, peace and brotherhood among peoples—regardless of their religious creed—and especially for creating the DREAM programme combating AIDS and malnutrition in Mozambique, a concrete model for other struggling African countries".

In 2009, he was awarded the Charlemagne Prize, an award given annually to public figures and institutions who promote a united Europe and contribute to spreading a culture of peace and dialogue. Riccardi is among the few non politicians to have received the prize.

Since 2011, he has served as the minister (without portfolio) for International Cooperation and Integration Policies in the Italian government.