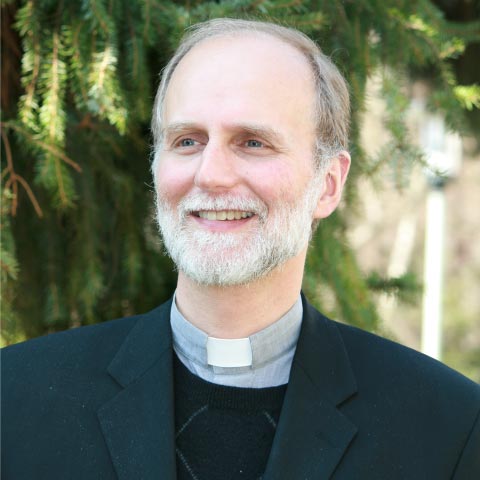 Eparch of the Ukrainian Greek Catholic Eparchy of Paris

Bishop Borys Gudziak is the eparch of the Paris Eparchy of Saint Vladimir-Le-Grand, for Ukrainians of the Byzantine Rite in France, Switzerland, and the Benelux Countries. A leading intellectual and historian globally recognized for his scholarly achievements and pastoral inspiration, Bishop Gudziak earned a bachelor’s degree in Philosophy and Biology in New York and then studied in Rome, in the circle of Patriarch Josyf Slipyj. He received a degree in Theology and then returned to the United States to pursue a Ph.D. in Slavic and Byzantine Cultural History at Harvard University. In 1992 he moved to Lviv where he consequently became rector of the Ukrainian Catholic University. In May 2011, he was visited by the Security Services of Ukraine (SBU), which instructed him to prevent his students from protests against the Yanukovych government. He refused, maintaining that “speaking and writing openly about these issues is the most peaceful and effective manner of counteracting efforts to secretly control and intimidate students and citizens.” Bishop Gudziak, an active supporter of Ukraine’s Euromaidan movement for dignity, appeared regularly on leading global TV channels and media providing commentary and analysis. In 2012 he was appointed Bishop for Ukrainian Catholics in France, Belgium, the Netherlands, Luxembourg, and Switzerland and presently is based in Paris. Bishop Gudziak also serves as the Ukrainian Greek-Catholic Church’s head of external relations and as the president of the Ukrainian Catholic University. In January 2015, he was awarded the French National Order of the Legion of Honour for his life of preaching the message of freedom and dignity for all.