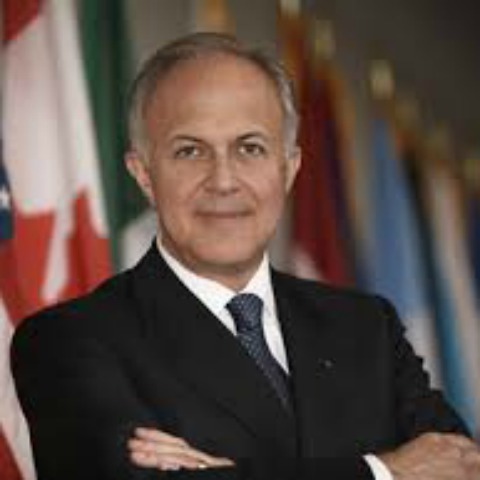 Carl A. Anderson is the thirteenth and current Supreme Knight of the Knights of Columbus. In addition, Anderson serves as a member of the Board of Trustees of the Catholic University of America, the Basilica of the National Shrine of the Immaculate Conception, and the National Catholic Educational Association, as well as the supervisory council of the Vatican Bank. He also holds a seat on the International Board of Advisors of the Wheelchair Foundation. Carl Anderson has led the Knights and their families since 2000 to unprecedented levels of charitable giving and support for their communities and Church. Under Anderson’s leadership, membership has grown to nearly 1.9 million Knights, who together in 2014 alone donated more than $173.5 million to charity and provided more than 71.5 million volunteer hours of charitable service worldwide. Over the past decade, under his guidance, the Knights of Columbus has donated more than 691 million hours of service to charity and $1.4 billion to charity. Prior to becoming the leader of the Knights of Columbus, Anderson had a distinguished career as a public servant and educator. He worked for a number of years in the White House in various positions, including as acting director of the White House Office of Public Liaison. He also served for a decade as a member of the US Commission on Civil Rights. He taught family law at the Pontifical John Paul II Institute for Studies on Marriage and Family at the Pontifical Lateran University in Rome. In addition, he was the founding vice president and first dean of the Washington, DC, session of this graduate school of theology now located at the Catholic University of America. He was appointed by Pope John Paul II and Pope Benedict XVI to positions on a number of Vatican commissions and serves on a number of committees of the United States Conference of Catholic Bishops.