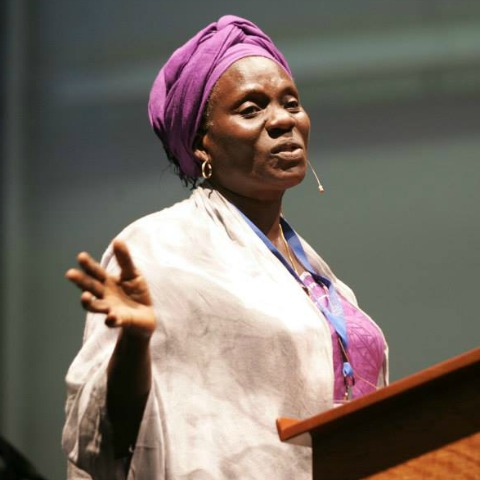 Gloria Kwashi lives in Jos, Nigeria, in a region that is also known as the Middle Belt. It is a region that has been marked by ethnic and religious tensions and has also suffered numerous bomb attacks from militants. Kwashi has had her home burnt down and has survived two assassination attempts. Despite all of this, she and her husband, Archbishop Benjamin Kwashi, continue to work in the area of mediation and peace-building in the region. In 1980, Kwashi was the second woman to be admitted into the Theological College of Northern Nigeria (TCNN), in Bukuru. Gloria Kwashi has led revival meetings in Kenya, Uganda, and all over Nigeria. In 1998, she was a seminar leader at the Lambeth Conference, the global Anglican conference that takes place every ten years. As a  theologian, she has participated in conferences in Ghana, Ethiopia, Finland, Denmark, and the United States. Gloria and Benjamin Kwashi have six children; they are also the parents of about three hundred adopted children who have lived or are living at the Kwashis' residence in Jos.