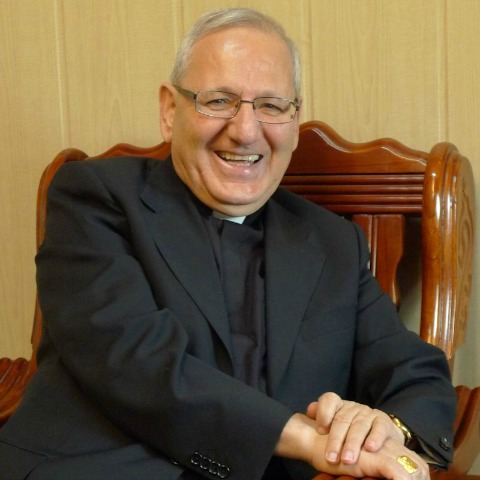 Patriarch Louis Raphael Sako is the current Chaldean Catholic Patriarch of Babylon, the head of the Chaldean Catholic Church. Ordained a priest on June 1, 1974, he undertook the pastoral service at the Cathedral of Mosul until 1979. Sent to Rome, he attended the Pontifical Oriental Institute, where he received his Ph.D. in Eastern Patristics. He later received a second Ph.D. in History from the University of Paris. Upon returning to Mosul in 1986, he was appointed parish priest of the Parish of Perpetual Help. From 1997 to 2002, he held the office of Rector of the Patriarchal Seminary in Baghdad. He then returned to Mosul, where he took over pastoral care of the Parish of Perpetual Help until the election as Archbishop of Kirkuk on September 27, 2003.

As archbishop, he has promoted religious tolerance and cooperation along with other religious leaders in Kirkuk. Patriarch Sako has published several articles and books on the Fathers of the Church.