Varieties of Christian Responses to Persecution 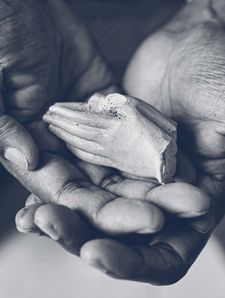 One of the most important fruits of the Under Caesar’s Sword research is a categorization of Christian responses to persecution. These responses fall into three types, ranging from reactive to proactive: survival, association, and confrontation. A word of caution is in order here: “Reactive” and “proactive” imply no moral judgment of how Christians respond to excruciatingly difficult circumstances. Sometimes a strategy of survival is nothing short of heroic, such as continuing to worship and gather in community in a war zone. These categories of response to persecution, which are not mutually exclusive, are offered for understanding what Christians do—and what they might do—when they are under fire.

Responses of survival are strategies whereby Christians aim to preserve the life and the most characteristic activities of their communities, including worship, education, community life, and sometimes evangelization. One response is simply to carry out these characteristic Christian activities against the wish of persecutors and in secret. This response is dangerous and precarious under regimes like those in Saudi Arabia, Iran, Afghanistan, Vietnam, and China. In some cases, Christian communities adopt strategies of cultural adaptation, such as speaking in a language acceptable to the regime, showing patriotism outside the walls of the church, or even hiding their faith through deception or feigning conversion to a non-Christian religion. Small Christian communities in Iran, for instance, speak a different language outside their churches, and Protestant churches in Russia regularly put their patriotism on display. In other cases, Christian communities forge tactical alliances with a dominant religious community, accommodate the authority of the state by scaling back their activities, or develop a cooperation of common purpose with regimes and groups that engage in persecution. Finally, one of the starkest and simplest survival strategies is to flee, either elsewhere within the same country or outside their state’s borders, as Christians often do in settings of war and rampant violence, such as contemporary Iraq, Syria, Libya, and northern Nigeria.

Strategies of association are a step more proactive. They aim beyond simple survival and include building relationships, bridges, and partnerships. Such practices manifest the community’s faith and build resilience in the face of persecution. Strategies include engaging in interreligious dialogue, cooperating with other Christian communities, and forging coalitions and partnerships inside countries. Catholic and Protestant Christian communities in northern Nigeria, for instance, have formed ecumenical partnerships as well as close ties with mainstream Islamic leaders in the face of the rampant violence carried out by Boko Haram. Christian communities also forge ties with actors outside their country, including members of their own church, advocacy groups, or foreign governments. Another associational response is to provide social services, not only as a way to live out the faith but also as a way to gain credibility and build bridges with hostile actors. When Protestant churches in Russia carry out a ministry to alcoholics, for instance, they gain the favor of local governments. In obedience to the commandments of Scripture, Christians in some settings of persecution have practiced forgiveness as a way of inviting their enemies to peace. Pakistan’s Paul Bhatti, for instance, forgave the militants who killed his brother Shahbaz for the latter’s work on behalf of religious minorities while he served as Pakistan’s Federal Minister for Minorities Affairs.

Finally, strategies of confrontation are those in which Christians openly challenge the persecuting government or non-state actors. This can involve the acceptance of imprisonment or martyrdom as a mode of witness. Shahbaz Bhatti was nearly certain that he would face assassination for his work on behalf of minorities, and indeed, he accepted death as a Christian witness. In rare cases, Christians take up arms against a government or rival social groups. More commonly, Christians document human rights abuses in order to elicit assistance from a court system or a human rights advocacy organization, domestic or foreign. Sometimes they engage in nonviolent protest against a hostile government, societal groups, or both.

Next Page : Responses to Persecution by Region