The first question is:

1. What strategies do Christian communities adopt in response to persecution?

This is the project’s “what” question, identifying the phenomena of focus. The project is attentive to the diversity and complexity of responses, which range from religious activists who heroically organize street protests that bring down a dictatorship, to communities who accommodate regimes while sacrificing their autonomy and often their message, to communities who engage in complex cat-and-mouse diplomacy that skirts between suffering increased persecution and becoming a tool of dictatorship. Often, too, a single community will simultaneously practice more than one strategy in response to repression or else change strategies over time. 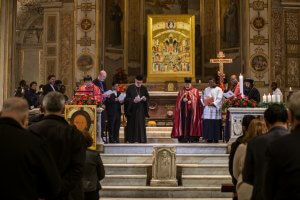 These responses admit of varying degrees of magnitude and complexity. Variety also extends to their justice. Although this project does not take on directly the morality of responses to repression—and recognizes that judgments about justice must be made in humility given the intense exigencies that communities under persecution face—the responses above range among heroic, complicit, and complex.

Once the project has looked closely at Christian responses to repression, it will then ask what accounts for these responses—the second major research question. This is the “why” question of the study.

2. What characteristics of Christian communities and what circumstances in their environment explain why they respond to persecution as they do?

This question is a causal one, generating hypotheses that link putative influences to outcomes. The resulting generalized knowledge will facilitate judgments about what sort of Christian communities are likely to engage in what sorts of strategies of responding to repression. Such judgments will in turn inform the strategies of outside actors on behalf of the persecuted community.

The factors that may shape how churches respond to persecution include first, political theology: a religious actor’s set of doctrines about what is legitimate political authority. Political theology answers questions such as: Who properly possesses political authority? To what extent and in what fashion ought a state to promote faith? What does justice consist of? What is the proper relationship between religious authorities and the state? Religious actors derive their political theologies from their religion’s texts and traditions but also fashion them in the context of contemporary historical circumstances. Political theologies evolve over time and also vary not only between religions but also between communities within a religion (the Catholic Church in Poland vs. the Catholic Church in Hungary, for instance). 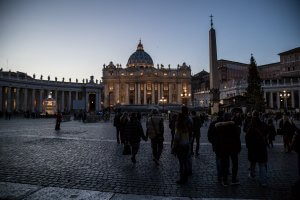 Examples of political theology include pacifism; a doctrine of human rights; a doctrine of religious freedom; the teaching that a political order ought to have a uniform faith and that the state may justly coerce expressions of heresy; the teaching that a certain nation (like Poland, Sri Lanka, or South Africa) carries the destiny of a certain religion; and “quietism” or “regime neutrality,” holding that the character of a government does not matter as long as a church or religious community is protected. A vivid instance of a political theology that made a difference was the Catholic Church’s elevation of human rights and adoption of religious freedom at the Second Vatican Council, a development that spurred Catholic churches around the world to challenge authoritarian regimes and thus become the motor of a global wave of democratization, one that political scientist Samuel P. Huntington termed “The Catholic Wave”. Not every national Catholic church adopted this new political theology widely, the consequences of which bear out political theology’s importance. Compare Chile, whose bishops took on the human rights teaching and opposed the dictatorship of General Augusto Pinochet relatively strongly, with Argentina, whose bishops did not accept the new teaching strongly and mostly supported their country’s dictatorship during the dirty wars from 1976 to1983. Political theology is also illustrated by South Africa, where the Dutch Reformed Church supported apartheid out of a historical nationalist commitment while black churches opposed apartheid out of a doctrine much like liberation theology.

Several hypotheses about Christian communities’ responses to repression emerge from political theology. A pacifist church or one with a strong doctrine of nonviolence is likely to organize popular and peaceful protests. A quietist church would be more likely to seek accommodation with an authoritarian regime. A church committed to ecumenism and interreligious dialogue is more likely to form partnerships with other churches and religious actors.

While political theology is expected to prove influential, the variable has its limits as well. Two communities with seemingly similar political theologies might respond to repression quite differently; political theology might narrow the acceptable options but only partially determine which ones are chosen. Other factors are important, too. 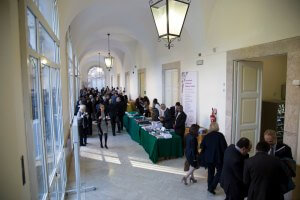 One of these is what can be called the mutual independence of religion and state—the degree of distance between the two entities in their foundational political authority. To the degree that a state’s constitution, laws, and policy allow religions communities to operate and to the degree that religious leaders refrain from holding standing political prerogatives, religion and state are independent. Our hypothesis is that the more independence from a repressive regime a religion retains, the more it will be able to mount strong and effective forms of response. For example, because the Polish Catholic Church was able to preserve a relatively large degree of autonomy under Poland’s communist regime, it was able to stage large nonviolent protests, ally with domestic organizations like the Solidarity union, and carry out its characteristic activities of worship, education, and providing social services. By contrast, the leaders of the Catholic and mainline Protestant churches in Rwanda had grown so closely intertwined with the Hutu government that when genocide came in 1994, these leaders were weakly resistant and sometimes complicit. Similarly, long histories of close relationships with the state paved the way for Orthodox churches in Russia, Bulgaria, and Romania to be sharply subordinated under communist regimes during the Cold War.

Other factors will also be important. The size of a church and its membership, both in absolute terms and as a percentage of a country’s population matter, for instance. The Catholic Church in Poland and Chile and Protestant churches in South Korea, on account of their size, were far more able to resist repressive states than Christian churches in China, Pakistan, or Iran, for instance. The centralization of a church’s structure, the character of its leadership, and the nature and degree of the repression it suffers will matter as well. Important, too, will be what might be called a church’s moral and reputational capital. In Czechoslovakia, the Catholic Church was historically viewed as an ally of Hapsburg imperial repression, which limited its ability to rally the masses against communism. On the other hand, the moral or reputational capital of Christians in Korea was very high because they played a leading role in opposing Japanese imperial rule in the early twentieth century. This reputational capital was an important resource that increased the power and influence of Korea’s Christian communities when they began to oppose South Korea’s military dictatorship in the 1980s.

The third major question of the study will be:

3. What outcomes have Christian communities’ responses to repression brought about? 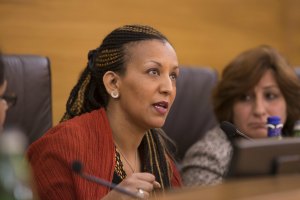 One successful outcome is the fall of a regime. Christian communities have been instrumental in ousting governments in Poland, Czechoslovakia, South Korea, Chile, South Africa, Malawi, and elsewhere. Other responses, like diplomatic accommodation, might succeed in allowing a church to continue its activities. Forgiveness and interreligious dialogue might reduce tensions between a church and hostile societal actors. Martyrdom might offer spiritual encouragement to other Christians and even increase the adherents of a repressed church, a dynamic captured by Tertullian when he observed that “the blood of Christians is [the] seed [of the church].” It will be critical for the study to register failures as well as successes, as when a community seeks diplomatic accommodation without tangible results.

Among outcomes we will be interested not merely in immediate results but also in what sort of relationship between religion and state each strategy fosters. We will especially want to know what strategies foster greater religious freedom for Christian communities that have been persecuted.

One of the overarching goals of the research is to tabulate strategies of response to repression, the factors that cause these strategies, and the outcomes of these strategies across the entire set of Christian communities studied. Thus, we may answer the study’s three research questions in a general way as well as find patterns among churches, regions, and types of repressive regimes.