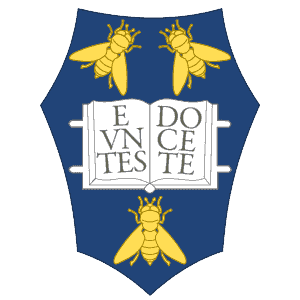 The origins of the Urban University date back to 1627, when Pope Urban VIII decided to establish the Urban College with the bull Immortalis Dei Filius. This college was the very first educational institution within the Congregation for the Evangelization of Peoples.

The institute was granted the authority to confer the bachelor's degrees by the Studium Urbis itself, at present the La Sapienza University of Rome.

The Pontifical Urban University was endowed with the title “pontifical” with the motu proprio Fidei Propagandae of Blessed Pope John XXIII on October 1, 1962, a few days before the beginning of the Second Vatican Council.

For 300 years following its foundation, the seat of the Urban College was in the historical palace on Piazza di Spagna, where the Congregation  for the Evangelization of Peoples is at present. However, in 1926, during the pontificate of Pope Pius XI, the Urban College moved to the Janiculum Hill, to a modest, old  building that was later replaced by the larger and more functional construction the university occupies today.

The particular task of the Urban College and later on of the Pontifical Urbaniana University was to prepare priests, religious men and women, and lay people for the missions.

That is why the university has continued to follow the institutional objectives of the Congregation for the Evangelization of Peoples, whose cardinal prefect is the grand chancellor, the supreme academic authority of the university.