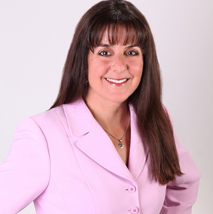 Associate Professor of International Relations, The Catholic University of America

Maryann Cusimano Love is an Associate Professor in the Politics Department of The Catholic University of America, in Washington, DC. She received her Ph.D. from Johns Hopkins University. She serves on the Core Group for the Department of State's Religion and Foreign Policy group, charged with making recommendations on how the U.S. government can better engage with religious actors in foreign policy. She served as a Fellow at the U.S. Commission on International Religious Freedom, serves on the U.S. Catholic Bishops' International Justice and Peace Committee, the Advisory Board of the Catholic Peacebuilding Network, and is a Foreign Affairs Editor for America magazine. She is the author of Beyond Sovereignty (Fourth Edition, Cengage, 2011), Morality Matters: Just Peace and Just War in an Age of Terror (Cornell University Press, forthcoming), and numerous articles and book chapters on religion and foreign affairs, including a chapter in Women, Religion, and Peace (USIP 2015) with a foreward by President Jimmy Carter.

Love has conducted research on Christian transnational advocacy networks and women's networks' responses to the persecution of Christians.