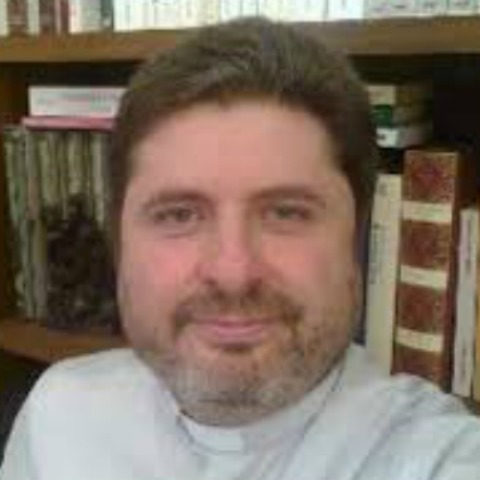 A Catholic priest since 1994, Fr. Angelo Romano is the rector of the Basilica of Saint Bartholomeo in Rome, the Memorial Church for the New Christian Martyrs. He is also a member of the Sant'Egidio Community in Rome, where he is in charge of its peace-building initiatives, especially in western Africa and the African Great Lakes area. In 2012, he took part in the release of eight soldiers in Senegal who were taken hostage by Separatist rebels in Senegal.

He received his degree in Political Science from the Sapienza University of Rome, license in Theology from the Gregorian University, and Ph.D. in the History of the Church from the Università Cattolica del Sacro Cuore of Milan. He teaches Contemporary History at the Pontifical Urbaniana University in Vatican City.