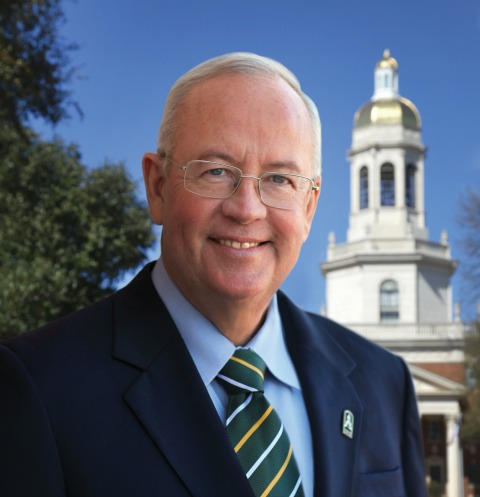 President and Chancellor of Baylor University

Ken Starr is the president of Baylor University, a position he has held since 2010, as well as its chancellor since 2013. He also holds the Louise L. Morrison Chair of Constitutional Law and is a member of the faculty at Baylor Law School. Starr has argued 36 cases before the United States Supreme Court, including 25 cases during his service as solicitor general of the United States. Starr was appointed to serve as independent counsel for five investigations. He is the author of more than 25 publications including, First Among Equals: The Supreme Court in American Life (2002). Starr earned his B.A. from George Washington University in 1968, M.A. from Brown University in 1969, and J.D. from Duke University Law School in 1973. He is admitted to practice in California, the District of Columbia, Virginia, and the US Supreme Court. Judge Starr is also a part of the Christianity and Freedom Project headed by the Berkley Center's Religious Freedom Project.