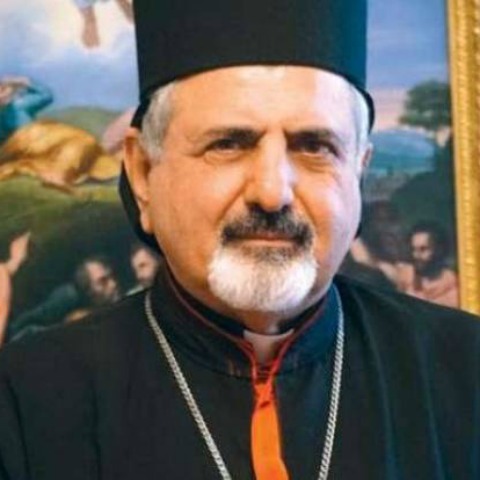 Patriarch Mor Ignatius Youssef III Younan is the Patriarch of Antioch and All the East for the Syriac Catholic Church. Born in Hassaké of both parents fleeing Turkey and getting refuge in Syria during the 1st World War. He pursued his priestly studies for 7 years at the Urbaniana Univeristy in Rome and was ordained a priest in 1971. He served as director of the Seminary of Charfet, Lebanon, for two years, director of catechesis for the diocese of Hassaké for seven years, and pastor of the Church of the Annunciation in Beirut until 1986. In 1986, he was sent to the United States to establish Syriac Catholic missions. He founded a mission in Newark, New Jersey, and several others in North Hollywood and San Diego. On November 18, 1995, Pope John Paul II erected the Syriac Catholic Eparchy of Our Lady of Deliverance in Newark for all the Syrian Catholics of the United States and Canada, and appointed Ephrem Youssef Younan as first eparch. He was thus consecrated bishop on January 7, 1996, by Ignatius Antony II Hayyek and goven the patristic name of Ephrem. He served in the United States and Canada until his election as patriarch of the Syriac Catholic Church on January 20, 2009. Along with Cardinal Leonardo Sandri, the prefect of the Congregation for the Oriental Churches, Patriarch Ignatius Youssef III Younan served as a co-president of the October 2010 Special Assembly of the Synod of Bishops for the Middle East in the Vatican.