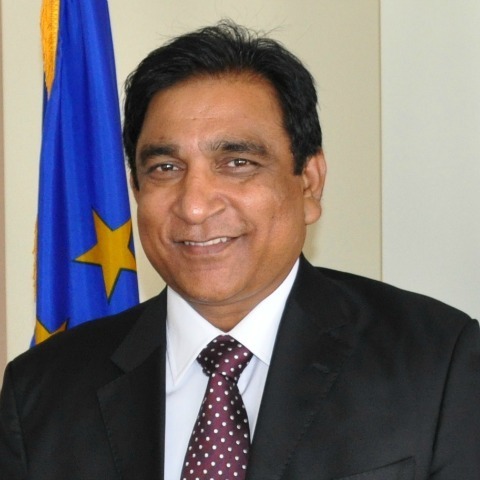 Advisor to the Prime Minister of Pakistan for Minority Affairs

Paul Bhatti is the former Pakistani Federal Minister of National Harmony and Minorities Affairs and currently serves as the Advisor to the Prime Minister of Pakistan for Minority Affairs. He is also the chairman of the Shahbaz Bhatti Memorial Trust and of the All Pakistan Minorities Alliance. Since receiving his M.D. from the University of Padua in Italy in 1984, Bhatti has worked as a medical doctor in various hospitals in Pakistan and Italy. Following the assassination of his brother, Shahbaz Bhatti, in 2011, Bhatti left the life he had made for himself in Italy and moved to Pakistan to continue the work of his brother. He took up the role of Federal Minister of National Harmony and Minority Affairs in the Pakistani government, as well as the chairmanship of the All Pakistan Minorities Alliance (APMA). These were established by his late brother with the aim of ensuring that all religious minorities have a voice on one platform. Bhatti founded the Shahbaz Bhatti Memorial Trust in 2011 to continue his brother's legacy of promoting religious freedom, human equality, and social justice.