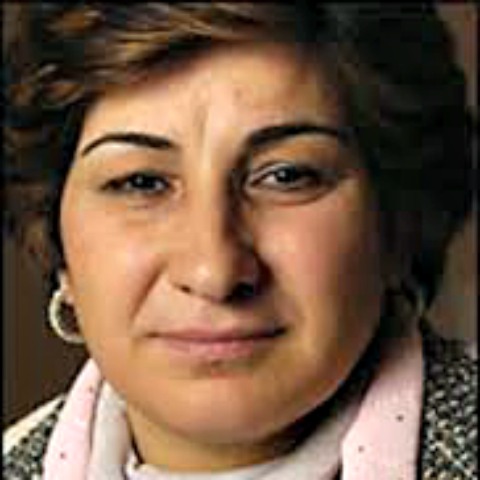 Pascal Warda currently serves as the president of Hammurabi Human Rights Organization. She was the Minister of Migration and Displacement in the Iraqi Interim Government. Warda was one of only six women in the 32-member interim Iraqi Council of Ministers, which operated following the transfer of power from the Coalition Provisional Authority to the Iraqi Interim Government in 2004. A Chaldean Catholic and ethnic Assyrian, she was born in Dahuk, but was later exiled to France. There, she helped settle other Iraqi refugees and asylum seekers and served as the representative of the Assyrian Democratic Movement (ADM), the primary Assyrian political party in Iraq. She later directed the ADM diplomatic relations office in Damascus, Syria. While in Damascus, she also co-founded the Iraqi Society for Human Rights. After returning to Iraq in 2001, Warda served for three years as the head of the Assyrian Women's Union, applying her experience with human rights, refugees, and civil society to her work with Assyrian women. Now external affairs manager for the Assyrian Aid Society, she recently co-founded the Iraqi Women's Center for Development in Baghdad. Warda holds her M.A. in human rights studies from the Catholic University of Lyon, France.