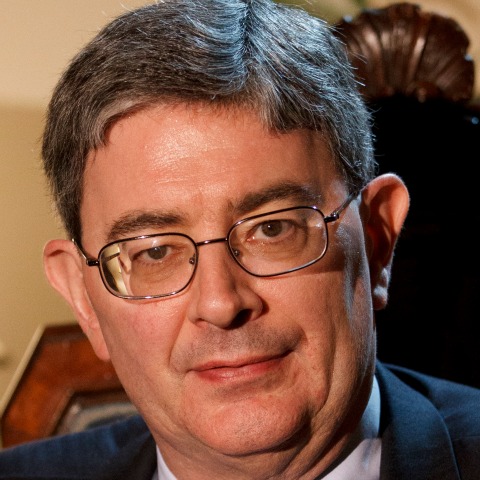 Distinguished Senior Fellow of the Ethics and Public Policy Center

George Weigel is a distinguished senior fellow of the Ethics and Public Policy Center. From 1989 through June 1996, Weigel was the president of the Ethics and Public Policy Center, where he led a wide-ranging ecumenical and inter-religious program of research and publication on foreign and domestic policy issues. As a senior fellow beginning in June 1996, Weigel prepared a major study of the life, thought, and action of Pope John Paul II. Witness to Hope: The Biography of Pope John Paul II was published to international acclaim in the fall of 1999, and has since been translated into twelve languages, with a Chinese edition currently in progress. Weigel is the author or editor of twenty other books, including The End and the Beginning: Pope John Paul II—The Victory of Freedom, the Last Years, the Legacy (2010); Practicing Catholic: Essays Historical, Literary, Sporting, and Elegiac (2012); Evangelical Catholicism: Deep Reform in the 21st-Century Church (2013) and Roman Pilgrimage: The Station Churches (2013). His essays, columns, and reviews appear regularly in major opinion journals and newspapers across the United States. A frequent guest on television and radio, he is also Vatican analyst for NBC News. His weekly column, “The Catholic Difference,” is syndicated to sixty newspapers. Weigel received a B.A. from St. Mary’s Seminary and University in Baltimore and an M.A. from the University of St. Michael’s College in Toronto. He is the recipient of eighteen honorary doctorates in fields including divinity, philosophy, law, and social science.